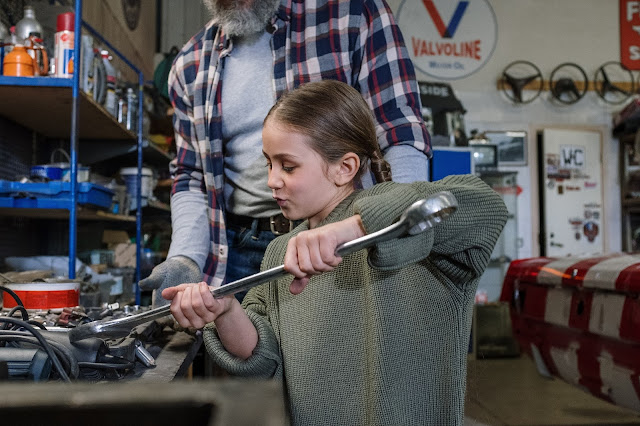 
- Photo by cottonbro from Pexels -
Warning: This column is rated SSC — Sexy Seasoned Citizens — Perusal by kids, callowyutes, and/or grups may result in a debilitating intersectional triggering

"I want to see Brian Williams with no irony wearing a mustache." -Adam McKay

Irony, according to whatever dictionary it is that provides definitions when one goes a-googlin', is, among other things, "A state of affairs or an event that seems deliberately contrary to what one expects and is often amusing as a result."

I've looked at a lot of definitions from various sources and I've come to the conclusion that accurately defining irony is difficult, something is lost in the translations, so to speak.

[Wait-wait-wait. Is ironical actually a word?]

[Well, in that case, you should link to some proof.]

[Probably not, to be honest.]

And if you went a-googlin', would you be surprised if you came across a site that featured a 5,039-word essay that passionately argued that ironical is not a word, included elaborate footnotes, and that was chock full of links to other sites?

Here we are living in the dawn of the oft-mentioned information revolution and just about anything we go a-googlin’ for in the Information Ocean can and will be subject to contradiction, misinformation, and even weaponized misinformation.

And so, writers attempt to make a case for _______ by inserting links into their work to frequently ignored sources that might be utter bonkercockie and that probably contain links to sources with links that many/most readers will not follow and...

[You’re giving me a headache.]

Sorry, I'm just being ironical, I’m all about ironicalities.

[Ironicalities is definitely not a word.]

Are you sure? Maybe you should look it up.


As it says in the bible, "Irony of ironies, all is irony."

According to the U.S. Census Bureau, there are roughly 75,000,000 Boomers in the Republic.


[A few less every day I should think.]

As it has ever been and always will be, geezers and geezerettes spend a great deal of time wailing and teeth-gnashing because kids these days do all the same things they did when they were kids.

In their (and my) defense they have faulty memories. After all:

a. They're H. sapiens and faulty memories are a documented design flaw.
b. They're geezers and geezerettes (G&Gs).

That's ironical, but it gets worse.


Xrs, Millies, and Zoomers are getting grumpy because...

Because, among other reasons, they're tired of waiting for the Boomers to get out of the way.

And no, I don't mean die, at least in most cases but... well, nevermind. I refer to the fact that there's no shortage of Boomers who could afford to retire comfortably but won't.

One of the reasons kids these days continue to act like kids these days longer than in the past is because many Boomers either don't retire or if they do, take on another job.

I'm not talking about people that are just trying to maintain a middle-class lifestyle — or have to skip their meds to be able to eat regularly — and would just as soon be fishing.

I am talking about folks that hang on, and on, because they just can't imagine what they'd do with themselves otherwise.

"I'd have to quit the company bowling team!"

Surely they could find something interesting to do that doesn't deny a job to a younger person who would love to get a job, or a better job, so they can afford to make grandbabies (and pay lots and lots of FICA taxes).

The source of the money for the Ponzi scheme that provides me with a modest amount of cash and heavily discounted healthcare (Social Security and Medicare).

If you can afford it, walk away. All together now... all we are saying is give the kids a chance.


Gentlereaders, I give you, career shaming. Let's "call out" Boomers who should quit while they're, financially speaking, at the top of their game.

This is a chance for the well-fed politicians, lobbyists, consultants, university presidents, and CEOs of ginormous NPOs, banks, multinational corporations, etceterations of a certain age (and net worth) to set an example for the little people.

[But some people just love working.]

Absolutely. They should go start new firms and create new jobs. Failing that, join the gig economy and get to know the occupationally disrupted.

Did I mention politicians? Do you realize that in November our choices are Daffy Donald (74) or Uncle Joe (78 on 11/20)?