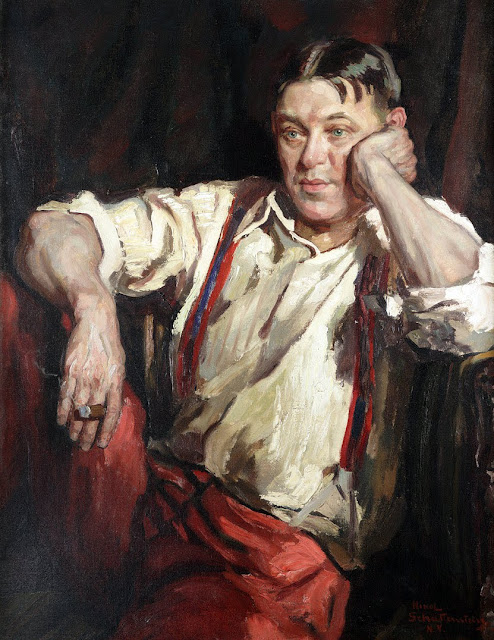 Erratically Appearing Hallucinatory Guest Star: Dana — A Gentlerreader
"We are here and it is now. Further than that, all human knowledge is moonshine." -H.L. Mencken
Dear (eventual) Grandstickies and Great-Grandstickies (and Gentlereaders),

This week's quote (above) is embedded in the header of my charming web page.

I wish I had a pithy quote handy that elegantly expressed why a web page on a screen at least the size of a laptops is so much more conducive to mindful reading than the ubiquitous smartphone but...

[You're digressing right out of the gate. I suggest you stay in your lane while there are still a few gentlepersons left in the world who read more than a title or headline, and possibly a paragraph or two, before moving on.]

You're right, Dana. We've probably already lost half of our potential audience.

The reason I like the quote above so much is twofold.

First, the reminder that one is always here and that it is always now.

But when I talk to you tomorrow it will be, now. It's always now.

Well is it later yet or is it now again? Or, is it always, now? Feels like now to me; it always feels like it's now to me, and, I suspect, everyone else.

[But when I think about the past or plan for the future...]

It's always now. And when you do something in the future it'll feel as much like now as now now does.

[Are you having an acid flashback again or...]

[Wait-wait-wait. I'm standing, here. If I take a step to my left I'll be standing, there, right? You thought I forgot about...]

Go ahead, take a step to your left, good. Now, Dana, where are you?

I'm sorry, there's a method to my madness beyond just messing with your head, two of 'em actually. I personally love words and working with words, but words are symbols, handy tools that point at reality, but they're not reality.

Also, most H. sapiens, by nature, spend a great deal of time reliving the past and/or worrying about/planning for the future in the midst of the here and now. While these are both useful functions it's always here and it's always now.

While a wise man/woman/person must learn from the past and often postpone gratification for the sake of actually having a future that's worth living, if you spend too much time living in the past/future you'll die without ever having actually lived.

No, I didn't forget that I said twofold, the other fold being "Further than that, all human knowledge is moonshine." This reminds us that in addition to trying to remember that it's always here/now and acting accordingly we must always keep our B.S. detectors charged.

[Nuh-Uh! It means that there's no such thing as hard facts, that everything's a matter of interpretation and subject to change.]

[What the hell is that?]

Sorry, I like to keep the alarm on my B.S. detector turned all the way up. It's a geezer/geezerette/geezem thing, the result of the natural hearing loss that occurs with aging exacerbated by too many unnaturally loud rock concerts.

An old person that prefers not to self-identify as a traditional male or female. Anyways, to paraphrase Jordan Peterson from a video I can't find: obviously, any-thing can be interpreted any-way.

BIG BUT. So what?

There are only a limited amount of useful interpretations that will prove to be true (or not true) enough based on practical results in the real world.

Mencken's obvious hyperbole is about keeping an open mind. It's not an endorsement of the currently popular childish nihilism that's used to justify things like mob justice and claiming science is a social construct.

This would be a great closing sentence if I had thought of one...

Poppa loves you,
Have an OK day
Share this column or give me a thumb (up or in my eye) below. If my work pleases you you can buy me some cheap coffee with your debit/credit card.