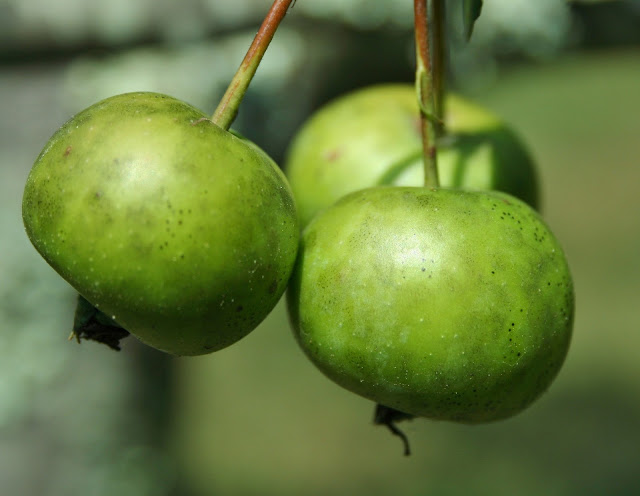 Image by JamesDeMers from Pixabay

"Fall is my favorite season in Los Angles, watching the birds change color and fall from the trees." -David Letterman

This morning, as I was perambulating about my neighborhood, fall fell.

Well, not so much fell as subtly slid in and sat down like a locally well-known sinner slinks into church after a soul-searing Saturday night, late yet again, and sits close to the door he/she/they just gently closed in order to effect a quick exit.

[Alliterate much? What on Earth are you on about now?]

As much as possible, and what I'm on about is that although (hopefully) brightly colored leaves and frosty morns are still a ways off...

Well said. Anyways, although the window air conditioners that randomly sprout from the walls of Casa de Chaos like acne vulgaris on a callowyute are still gently humming...

Leaves, hither and thither, have begun to turn and fall.

[Crab apples on the ground have started to rot. Fruit flies gather 'round 'cause they like 'em a lot.]

I heard a handful of hovering, honking geese approaching and my heart was hardened by hoar frost.

Well, yeah, but nevertheless I did have a mild panic attack. You know how much I hate winter. I was rooting through my little grey cells and trying to remember if I had any valerian tea at home when they flew over. A half dozen geese in a half V formation (\), headed northwest.

Phew. It's just the boys/girls/um, gang? getting the band back together and working out the logistics for their annual Dixie tour. I've still got time to stock up on hot chocolate, check the blanket inventory, verify if there's enough rock salt in the mudroom, investigate the disappearance of the snow shovel, verify that no one drank the emergency brandy, install plastic sheathing on certain troublesome windows, etceterows.

[You realize, of course, that the word Dixie might cause you to run afoul of the Intersectional Inquisition?]

The Stickies have returned to school in meatspace and cyberspace. "Poppa the printers out of ink again." School busses look like they're transporting surgeons that don't get along.

Wait... you Stickies have returned to school? Now that I'm officially pushing 70 I sometimes get confused. Technically speaking I'm writing to the Stickies, well, mostly I'm writing to their future selves, but...

[We've talked about this. Mostly you're writing to/for your gentlereaders so for the sake of simplicity you... Get a grip and take your pills. Next thing you know you'll be known around the hood for screaming, "Get off my lawn!" at feral cats when you go out to get the mail.]

[While we're on the subject, some of the neighbors have noticed you spend most of your waking hours in comfortable robes.]

Only because people would think I was weird if I wore one of my togas or kimonos. My slippers have sturdy soles in case I need to go outside and I wear clothes when I go walking or have to go (shudder) shopping.

Speaking of the neighbors, my favorite Morman (my 80-year-old next-door neighbor, not the sixties sitcom) just bought himself a trike to celebrate his recent retirement. Not one of those three-wheeled bikes with a basket on the back, I'm talking three-wheeled motorcycle.

He's given up driving truck once or twice a week to maintain his driving chops and I guess the thrill of being the owner/operator of two enormous riding lawn mowers is gone so he got himself a Can-Am Spyder.

I've heard that birdwatching has enjoyed a renaissance of sorts because of the Wuhan flu lockdown. I've had a growing fascination with the last of the dinosaurs for a while now but so far it's one of those many things I keep threatening to do more about than I'm actually likely to do.

In the course of the morning segment of my (theoretically) twice daily walks I often find myself walking down a certain street that's saturated with starlings. I swear the flock gets a little larger with each passing week.

I went a-googlin' and discovered that the distant ancestors of modern birds had teeth and that Ohio's starlings are infamous for their rapacious and aggressive behavior.

What if some of 'em have mutated and now have teeth from eating genetically modified food? If you come across a headline like Ohio Man Killed by a Murmuration of Murderous Starlings it might not be clickbait. Gotta go, I'm working on a movie script.

Have an OK day