Famous for Being Famous

Contain your excitement! Two Random Randomnesses Columns in a Row! 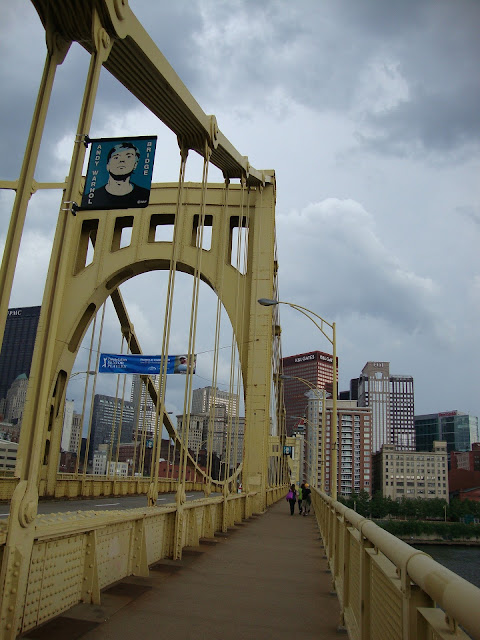 Image by Luis Díaz from Pixabay
This is a weekly column consisting of letters to my perspicacious progeny. I write letters to my grandkids and my great-grandkids — the Stickies — to advise them and haunt them after they become grups or I'm deleted.
Warning: This column is rated SSC — Sexy Seasoned Citizens — Perusal by kids, callowyutes, and/or grups may result in a debilitating intersectional triggering
About

Erratically Appearing Hallucinatory Guest Star: Dana — A Gentlerreader
"I am a deeply superficial person." -Andy Warhol
Dear (eventual) Grandstickies and Great-Grandstickies (and Gentlereaders),
The famous for being famous artist(?) from my hometown, Pittsburgh (with an h), Andy Warhol, famously said that "In the future, everyone will be world-famous for 15 minutes."
Welcome to the future.
While every one will not be world-famous for 15 minutes it's not for lack of trying by many ones.
Be ye the star of a "reality" television show, an influencer on social media commanding a rabid army of "followers", or this gentleperson...
Fame, perhaps even fortune, beckons.
The internet has made it possible for any given one to be a legend in his/her/their own mind regardless of how famous he/she/they actually is/are(?).
[Your endless lame joke lampooning pronoun obsession is getting old.]
As are we all, Dana, at least hopefully. Thanks for giving me the opportunity to insert my favorite tidbit of plague humor. Remember...
[Please, don't! I take it back! I...]
Remember folks, eat well, get plenty of sleep, drink plenty of water, exercise vigorously, take vitamin D — and die anyway.
The Notorious RBG, as you likely are aware, has died. While I wasn't a fan, perhaps now I'll look more closely. I've always meant to since I was, and still am — he gave great interview — a fan of Antonin Scalia and he and she were famously good friends.
At the risk of being accused of speaking ill of the dead, however, if we amended the Constitution so that the Supremes were limited to terms of 20 years she would have retired long before the serious health problems she's suffered from for the last several years manifested.
I've no idea if said problems negatively impacted her performance, but, at the time the Founding Pasty Patriarchs decided the Supremes should serve for life the average H. sapien only lived to the age of 38.
Full disclosure: If you lived to be 60 there was a good chance you'd hang on till you were 75 — but Justice Ginsburg was 87.
[Gave great interview? That sounds a bit tacky don't you...]
Well, he did, and there's a lot of 'em available on the web that I can't recommend enough to my gentlereaders. Incidentally, when asked how he, a rock-ribbed, commonsensical conservative would amend the constitution he said that it should be easier to amend the constitution.
If it were, perhaps the Wokies and Neojacobins would stop trying to turn the SCOTUS into a second legislature and instead reform the actual legislature.
When I'm elected king my historical claim to fame will be twofold. First, obviously, for my campaign slogan, Make America Polite Again.
More importantly, my unflagging commitment to amending the constitution to include congressional term limits. I'm open to negotiation and compromise for establishing how long a given senator or congressman/woman/person may remain in office before having to vacate the swamp and rejoin the real world.
A willingness to compromise to achieve lasting solutions so that life in America is about more interesting things than all politics/all litigation all the time is the mark of a civilized gentleperson.
As long as it's possible to be a professional congressperson from a carefully gerrymandered district or a senator in the pocket of this, that, or the other special interest group(s), for decades, we're fucked.
To fully appreciate how I wish the result of this formerly shocking and powerful word-bomb would be, you have to be old enough to appreciate what the blast radius would've been had it been uttered by Sister Mary McGillicuddy in the 1950s.
[Gasp! You hypocrite! Always going on about how the f-bomb has been turned into a f-firecracker...]
Guilty as charged, but yes, it has. I object to the dumbing down of profanity to the point that cussin' ain't cussin' anymore, the verbal equivalent of defining deviancy down.
I object to taking away the power of certain words so as to neuter them because everything doesn't and shouldn't go because...
[Why you gotta' be so judgy all the time?]
Because when it does, calling a painting of Campbell's Soup cans art leads to calling a photograph of a plastic crucifix dipped in urine art.
A Tragedy of Errors. I offer no links, you're on your own. Facts won't change the minds of ideologues or the efforts of professional propagandists anyway.
On 3/13/20 Breonna Taylor was accidentally killed when her boyfriend engaged in a firefight with police who had entered her apartment. He fired first, wounding one of the cops and they returned fire. He was wounded, she, tragically, was killed.
One of the cops is in trouble because some of his shots went wild and endangered the occupants of the apartment next door.
The police had a warrant, originally a "no-knock" warrant that had been amended to knock and announce which they maintain they did. A witness backs them up.
The reason the police were there is that a former boyfriend of Ms. Taylor's, a known drug dealer, had been observed picking up packages he'd had delivered to her apartment.
Two special prosecutors appointed by Kentucky's African-American Attorney General, and a grand jury, only charged the cop that accidentally shot into the apartment next door.
If Brionna Taylor and her boyfriend had been white most Americans would've never heard about what happened. Just the facts, ma'am.
Poppa loves you,
Have an OK day