The Return of the Perenniall 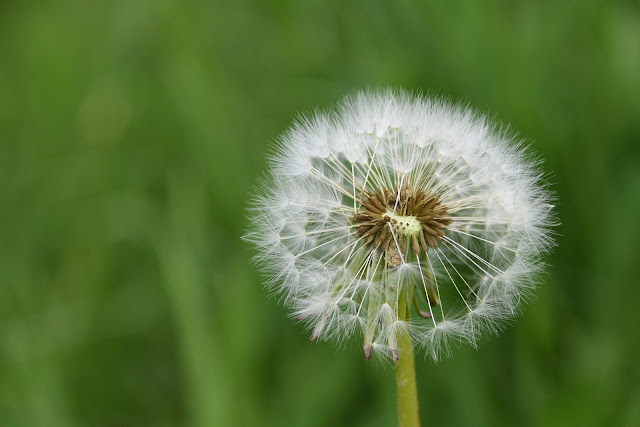 
-Image by JacLou DL from Pixabay-

Better warm up that coffee, campers, it's a long one.

The universe began with a big bang, and nothing was suddenly something. The Perenniall returned with a muted pop on Tuesday, 9/9/41, one day behind schedule. They were supposed to be here on Monday (the Bernies B-Day) but had spent a much needed mental health day at a day spa on the planet Tralfamador.

The Perenniall hadn't been to the Earth since 1917. The seed they had planted,  here (Socialism) had sprouted (the Communist revolution) and it was time to hit the cosmic road to plant more seeds, nurture more sprouts.

Mad Vlad Lennon (not the Pooteen, the current Mad Vlad) who had lost its last meat-based vessel in 1924 and had been trying to catch up with them ever since had only recently finally found them.

Somehow, its file had gone missing and the Perenniall  — always busy planting seeds, nurturing sprouts — had lost track of it.

While Mad Vlad is/was a RBFD here on Earth, to the Perenniall it was/is just another RS (revolution specialist), second class.

It was not authorized to foment revolution, not even pointless violence and disruption without specific orders. Dutifully following standing orders, it had been trying to check back in ever since.

It filed its report and then headed for Tralfamadore for psychological BC&R (bloodshed cleansing and realignment) and a bit of R&R while awaiting its next assignment.


Myriad myths and legends abound throughout the universe as to the origin of the demigod Perenniall.

I personally believe they were created from the combined energies of idealistic, adolescent and post-adolescent members of various and sundry species who have achieved self-consciousness from here, there, and even way over there.

It turns out that it's quite common in our universe for individuals at this stage of development to take a fresh look at the culture their parental units take for granted and exclaim, WTF!

[Wow! So F-bombs are exploding all over the universe at any given moment? I wonder if...]

It's more nuanced than that, Dana. The F-bomb you're referring to, or at least the local equivalent (there are a lot of species out there) is often a sign of cultural decline.

There is, broadly speaking, another version, the one I prefer, wherein the local version of WTF is equivalent to Wow! that's freaky!

Hardly, but it would take an entire letter/column to explore that one.


Anyways, at some point over the course of the last million years or so the idealistic energies mentioned above, magnified by usually short-lived but powerful youthful optimism hit critical mass and the Perenniall was born.

[Where did the name Perenniall come from?]

They have many names. Perenniall references the fact that even though the utopia promised to the followers of the Perenniall has never actually been achieved, believers, especially fresh converts, cling to the notion it can be.

A significant cohort of disillusioned believers maintains their faith by adopting a canonically approved rationalization: Once, inevitably, socialism or communism is properly implemented — somewhere, somehow — a social and economic utopia will dawn.

The fact that democratic socialism (socialism light) exists helps them to keep the faith. Unfortunately, they tend to downplay or ignore the fact that such a system requires a vibrant, profit-hungry private sector to finance it.

The "Nordic countries" that the Bernie likes to point to learned this the hard way. Even he admits that the middle class foots most of the bill via high taxes. The poor have no money and there just ain't enough evil billionaires to cover the tab.

So that they don't feel marginalized, thus damaging their self-esteem, the poor, along with everyone else, pay high sales taxes.

These taxes are paid by the manufacturers and distributors, who then include them in the prices of their products. This helps to protect everyone from realizing how expensive all the freebies actually are and making them grumpy.

[Works for me, I think I like democratic socialism. We should try that here.]

Works for them, too, but it's not socialism. It's the same system as ours but with a much larger safety net and much higher taxes.

Hardly, Americans, as George Will has pointed out, want a dollar's worth of services for 80¢, thus the popularity of the let's eat the evil rich meme.

Also, we're already up to our necks in debt, and, unfunded debt obligations so...

Current debt, and, well... let's put it this way. "Vote for me now and I promise that you'll get a check later — paid for by your kids, grandkids, their kids, etceterids — after I'm retired or dead."

[Why ya gotta be such a Debbie Downer alladamntime?]


The demigod Perenniall — not unlike what happens, over time, to the individual psyches and personas of which it's constructed — changed as they aged.

Once (if) an individual entity matures, that is to say, reaches the equivalent of roughly the age of a thirty-year-old H. Sapien and is no longer a callowyute, they take high roads and low roads.

Sometimes they find a comfy chair and stagnate (which is not necessarily a bad thing, it's very complicated).

However, individuals, although not necessarily easily, can change more easily and much faster than a demigod when circumstances, experience, and maturity calls for a change.

As you know, or should, Lord Acton pointed out that, "Power tends to corrupt and absolute power corrupts absolutely."

To which I would add that the limited but substantial power of a demigod, in this case, power fueled by a seemingly righteous ideology and new believers (callowyutes) constantly coming online is hard to keep under control, nearly impossible to kill.

You can't, and that's a good thing (HT: Martha Stewart).


The universe, this one at least, is one in which everything contains/generates its opposite, that whole yin-yang thing.

Bad craziness ensues whenever opposites get out of balance and stay that way for too long.

[O-kaaay, but you're already out of allotted words.]

A policy of more or less free markets leads, and has lead, to unprecedented prosperity on the planet Earth, even the need for a weight loss industry.

BIG BUT: Despite the claims (and fever dreams) of your friendly neighborhood anarcho-capitalist, free markets not balanced by the right mix of ethics/real social security/the rule of law/spirituality/etceterality, are a recipe for disaster.

ANOTHER BIG BUT: Socialism, or socialism light, or communism — advocated by well-meaning, usually young idealists unaware of how and why better than 100,000,000 souls were murdered in the last century in the name of social justice — is also a recipe for disaster.


What we need is a hybrid system that harnesses the power of competition and the free market. That's what I mean by Real Social Security. The city-state of Singapore, as your probably tired of my pointing out, already has such a system that we could adapt to our needs.

It's based on actual money in real-time, works better than ours, and, the people, not just the bureaucrats, decide how their money is spent. Imagine what might happen if the healthcare/health insurance business was as lean and competitive as the car/car insurance business.

Email ThisBlogThis!Share to TwitterShare to FacebookShare to Pinterest
Labels: Socialism