While You Were Self-Isolating... 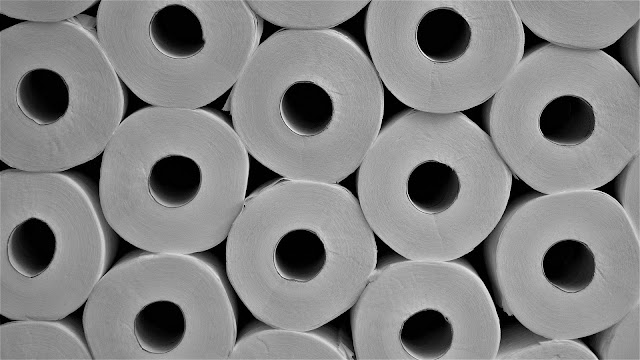 "If isolation tempers the strong, it is the stumbling-block of the uncertain." -Paul Cezanne

Most of us, my fellow Citizens of the Republic (CORs) — with certain exceptions like the brave young scholars who participated in the nation's annual Beach Bacchanalia and some undeterrable members of the clergy and their flocks — have and are self-isolating as best we can to "flatten the curve."

Much important news floats by like wispy clouds on a summer day, barely noticed. Infotainment rules.


Prior to the pandemic, the primary focus of the All the Donald All the Time coverage was about busting, and busting on, the Orange One.

The FBI was manipulated into a high powered and secret investigation authorized by the FISA court (that's supposed to be on our side) by a country run by a dick tater who enjoys posing topless and has a GDP roughly the size of the state of Texas (Russia).


The FBI then manipulated the FISA court (created by the Foreign Intelligence Survalience Act) into authorizing the secret investigation of the Trump campaign.

Our nation's top law enforcement agency, an arm of the Justice Department of the United States of America, played the part of the kid that can be counted on to show up at the "my parents are out of town for the weekend" party with hard liquor and primo weed.

A global investigation by a special prosecutor that went nowhere. Price tag, $32,000,000.

Three years of congressional investigations that resulted in the Donald's impeachment — for something else. Verdict, acquitted.

[You have a keen eye for the obvious, your crankesty, tell us some more stuff we already know.]

A solid foundation is crucial for a well-lived life and a well consturcted column, Dana.


While you were self-isolating the Justice Department's Inspector General...

I wonder if he has a cool uniform that he can wear on special occasions? Sorry.

The JDIG, Michael Horowitz, the gentleperson who released the big fat report in the old days (last December) detailing how the FBI had played fast and loose in FISA court to get permission to spy on the Trump campaign, has released the results of a more recent investigation.

This particular wispy cloud (see lyrical simile in paragraph three) lasted about a half a minute before it was overwritten by a virtual skywriter. Message: Isolate, Eat Right, Exercise, Die Anyway.

[There's something really, really wrong with you, you know that?]

The results of this new investigation? The FBI is a hot mess (forgive the technical jargon).

The FBI is supposed to follow a process called the Woods Procedures. These rules, created by the FBI, were put in place back in 2001 when the FBI was called out for submitting a bunch of applications for FISA warrants that contained bogus information.

Multiple people within both the FBI and the Justice Department are supposed to sign off on the information submitted to the FISA court to prevent illegal snooping. All aspects of this system of checks and balances are supposed to be kept track of in "Woods files" in case of problems.

Indeed. However, after taking a careful look at a random sampling of 29 FISA warrant applications submitted between 2014 and 2019, the Inspector General discovered “errors or inadequately supported facts" in 25 of them.

[Well, at least four of them were legit.]

Nope. The Feds can't find the four missing Woods files and can't verify that three of those four ever existed in the first place.

It gets better. Yet another long story short...

[On behalf of your tens of readers I thank you yet again.]

Lawyers on The Fedrl Gummit's payroll are supposed to annually review a sampling of FISA warrant applications in every FBI field office.

[Lemme guess, this is bogus too.]

Yup. The field offices get advance notifications so they have time to clean up their applications. Lots of "errors" are discovered anyway and reported to headquarters. The FBI places the reviews in a virtual drawer and orders lunch.

Yup. If ya didn't know better you'd think that the Feds and the news media belonged to the same exclusive Country club and the CORs are paying the membership fees and the bar tabs.

Email ThisBlogThis!Share to TwitterShare to FacebookShare to Pinterest
Labels: FBI