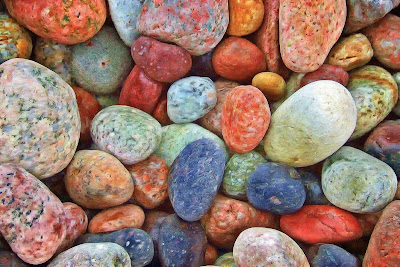 
-Image by sarajuggernaut from Pixabay-

"Expose yourself to as much randomness as possible." -Ben Casnocha

I recently checked out the reviews of a series currently running on and produced by, Amazon Prime Video, Hunters. Happily, It's not just me, it is yet another drama with a comic book sensibility. Not that there's anything wrong with that.

If you like the show, I can state with confidence that it’s me, not you. I'm old. In my defense, when I was a kid I loved comic books till just shy of my thirteenth birthday whereupon I lost interest for some reason.

Having learned cynicism at me sainted muthers knee, it had already been a few years since I had turned my back on pretend wrestling but I've never given up on the possibility of waking up a rock star one fine morning, although I’m starting to have my doubts.


I have this Hotmail account that I’ve had forever, my first foray in fact, into the wild, wacky, wonderful world of email. Nowadays, I use a couple of Gmail accounts for most of my email heavy lifting.

Hotmail, as you may know, seems to have a much tougher time blocking spam than Gmail does. Since I use my Hotmail account relatively lightly, this doesn’t bother me.

In fact, it provides an ever-changing snapshot of what’s going on in the world at the moment, it also serves as a measurement tool. The hotter a given topic the more spam.

It’s not just that I’m receiving plenty of spam related to COVID-19, the overall volume of spam has increased noticeably. I wonder if spammers, aware that so many folks are self-isolating, have cranked up their spam generators.

I’ll bet there are all sorts of Ph.D. thesi out there being written by wannabe doctors of economics/sociology/etceterology even as I write. If I were a more responsible columnist I’d go a-googlin’ to find out.

[It's theses, not thesi, there's no such word as thesi.]

Are you sure about that, Dana? Theses sounds like feces. Could it be thesises?

[Could we move on? Please?]

Certainly. As for me, I’m currently contentedly self-isolating as I'm a semi-self-isolator by nature. Given that I’m a prime candidate for the Boomer-B-Gone bug (did I mention I’m old?) this is all for the best.

Also, I’m in possession of a little known sacred salve developed by a secret sect of Himalayan mystic masters that is protecting me from deletion.

It's starting to burn though...


Apropos of nothing above, I would like to recommend an article I recently read on the Foundation for Economic Education (FEE) website to all of the many Millies and Zoomers out there.

Note: If you have any interest in a website that will teach you the fundamentals of free-market economic systems (what we, more or less, have here in our prosperous little republic) in plain English (mostly) this site can do the job.

The article is a clear, well-written refutation to a statement made by Alexandria Ocasio-Cortez. “An entire generation, which is now becoming one of the largest electorates in America, came of age and never saw American prosperity.”

The refutation, penned by one Alyssa Ahlgren, can be summed up via a quote from Ms. Ahlgren's article.

“We don’t have a lack of prosperity problem. We have an entitlement problem, an ungratefulness problem, and it’s spreading like a plague.”

To which I would add that we have congresspeople playing and promoting the currently popular reality show, Who's the Biggest Victim problem.

Her article explains why this is true. More importantly, it has relieved me of the burden of writing about the same subject.

See, I’ve contemplated writing something similar for quite some time. I even had a title, America is Suffering From a Prosperity Epidemic. But considering the current popularity of the Me and Mine are Victims/Let’s Eat the Rich movement I suffer from a lack of motivation.

In my defense, I’m genetically predisposed (I've been tested) to both Procrastination and What’s the Point? syndromes. Also, as I may have mentioned elsewhere, I'm old. The older one gets the more careful one is about choosing one’s battles…or should be.