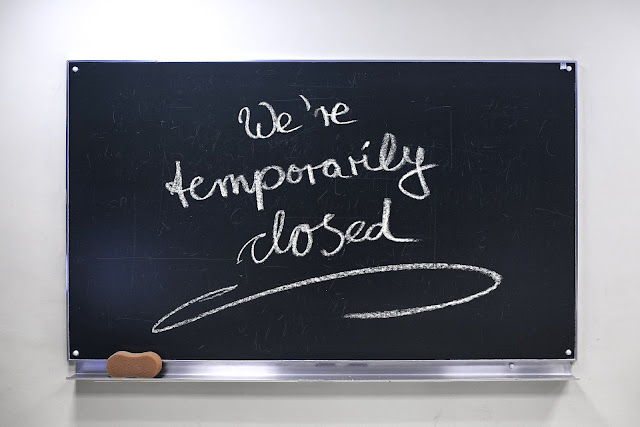 
Warning: This column is rated SSC — Sexy Seasoned Citizens — Perusal by kids, callowyutes, and/or grups may result in a debilitating intersectional triggering

(Image by Gerd Altmann from Pixabay)

"The Renaissance took place in chaos and plague." -Shiva Ayyadurai

The Boomer-B-Gone bug has attacked my freakishly large household.

See, here at Casa de Chaos, my daughter, my son-in-law, The Stickies (4.5 in number, there's a part-time one), and our long term house guest and her kid have taken turns suffering from some sort of respiratory illness of varying intensities.

And, some of them have endured repeat afflictions.

Me? Nothing so far (fingers crossed) but I'm a semi-hermit who was semi-self-isolating before self-isolating was cool. This was not due to some sort of pandemical premonition on my part, I was born this way.

Still, I haven't isolated myself from the other inhabitants of Cranky Manor so I don't...

[Is pandemical an actual word?]

Yes, Dana, much to my surprise, it actually is. I wrote it to be funny but when my spelling/grammar checker didn't flag it I went a-googlin' and sure enough it's the adjectival form of pandemic.


My daughter returned from an out of town gig that was based in Cincinnati (but the work was in the surrounding area) towards the end of last week and she and her colleague were both seriously ill with...wait for it...

Some sort of respiratory illness.

Long story short, a couple of days later she spent multiple hours being treated in the emergency department of a local hospital. They put her in a room by herself, told her husband to go home (isolate) and administered tests and treatments.

"We'll call you when we know something."

It went fairly well, they only almost accidentally killed her once. She was able to get help by tossing her cellphone at the door they made of point of keeping closed and was able to get someone's attention.

She was laying on a bed with an oxygen mask on when a whole bunch of mucusi decided to vacate the premises simultaneously and due to the mask and the fact her head was only slightly elevated she began to choke and couldn't breathe.

Since the door was closed and there was no panic button she tried calling for help but couldn't get the words out. That's when she bounced her phone off the door and was rescued.

The preceding anecdote has been provided as a public service by your friendly neighborhood Crank. Hospitals accidentally kill a lot of people and if you can't follow Consumer Reports advice and have a champion on hand to look out for you, be prepared to do whatever is necessary.

Oh, and question everything.

My late wife was born with lung disease, spent a lot of time in hospitals, and was almost accidentally killed several times. You learn not to take it personally but you also learn to maintain a certain level of vigilance.

[Well, what happened, does she have Boomer-B-Gone?]


The local hospital I mentioned only had/has a couple of test kits available for  Boomer-B-Gone and they're only for the patients judged to be so sick they need a ventilator and a hospital admission.

Everyone else gets a bunch of scripts...

"All the same stuff we'd be treating you with if we kept you, honey."

"Good luck. Call an ambulance if the excrement hits the A.C. and we'll see ya when they bring you back."

Which sounds awful, but, without a test or a vaccine to administer what else can they do? Even if you passed the test, assuming they actually had one on hand, they would still send you home unless you were judged to be ICU material.


Now, given that the bottom line here appears to be that the Boomer Remover bug is just a particularly nasty version of the flu that we don't have a vaccine for (but will) that's unlikely to kill us all...

And, given that the garden variety versions of the flu, and even a common cold if it morphs into pneumonia, kill all sorts of people every year...

What's the takeaway? What have we learned Dorothies?

That many of our alleged journalists are just as concerned with their personal bottom lines and prepared to exploit the customer as much or more than whatever business, politician, or identity group they're currently claiming are Satan's minions.

That you can substitute the phrase, weaselly politicians, for the phrase, alleged journalists, in the preceding paragraph.

That the thin veneer of civilization might be even thinner than we thought.

That given that The Fedrl Gummit, aware that Boomer-B-Gone was on the way, gave itself a monopoly on developing a suitable diagnostic test and came up with a test that doesn't work...

[What are you trying to say? Medicare for all might not create a healthcare utopia?]

That bureaucrats that work at any level of gummit are not saints and suffer from the same flaws, limitations, and temptations (power, money, ego-gratification, office politics, etceterics) as every other H. sapien on the planet.

That a lot of college students and college-aged young folks, woke or not and as is traditional, think they're bulletproof and ten feet tall — or are just too dumb to empty the beaches and the bars for the time being.

[And many of them are old enough to vote!]

That toilet paper may be all that stands (as we sit) between us and anarchy.