In The Event of My Death 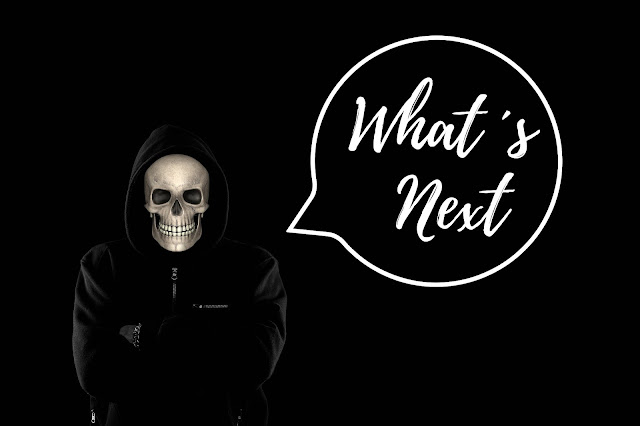 Image by Gerd Altmann from Pixabay

This is a weekly column consisting of letters to my perspicacious progeny. I write letters to my grandkids and my great-grandkids — the Stickies — to advise them and haunt them after they become grups or I'm deleted.
Warning: This column is rated SSC — Sexy Seasoned Citizens — Perusal by kids, callowyutes, and/or grups may result in a debilitating intersectional triggering
About

Erratically Appearing Hallucinatory Guest Star: Dana — A Gentlerreader
"Millions long for Immortality who don't what to do with themselves on a rainy Sunday afternoon. -Susan Ertz
Dear (eventual) Grandstickies and Great-Grandstickies (and Gentlereaders),
My late wife, Ronbo, was one of those odd sorts of people that in spite of the fact that logic, reason, and (shudder) "lived experience" clearly demonstrate that the glass is half empty, consistently maintained that it was half full.
"Well, that sucks, but look on the bright side..."

"What if there is no bright side" was my standard response.

"There's always a bright side, you just have to look for it."

Although she never succeeded in converting me to a Half Fuller we did agree on a compromise position: it could always be worse. While I've made it clear that I wish to be cremated and that I want 99% of my ashes used as fertilizer or compost I've occasionally reconsidered.
It would be extremely cool to have a modest headstone that said:
Marcus Mehlmar
(Mark E. Mehlmauer)
8/26/53 - 8/28/2054
It Could Have Been Worse
Ronbo, a.k.a. Ronnie (not another nickname, she was named after her uncle Ronnie), who's currently residing in an urn in my living room although she's supposed to be residing in Lake Erie (sorry, Ronbo, we'll get to it...) could be next to me.
Ronnie L. Mehlmauer
1/6/52 - 1/8/2006
This was only a test
[(Shudder)? Lived experience? 99% of your ashes? This was only a test?]
Thanks for asking, my hallucinatory but charming literary device. Permit me to explain.
The phrase lived experience, as some of our society's more delicate flowers nowadays would put it, triggers me.
While my fellow Deplorables and I were preoccupied with surviving and assisting our progeny in doing the same, the Wokies were spreading the intellectual virus that is the cult of Wokism on America's college campuses.
It spread remarkably rapidly. Primary and high schools, the media, Hollywood, and HR departments were devastated by this pernicious pandemic.
The formerly harmless phrase lived experience has been weaponized. It now means, don't confuse me with facts, my mind's already made up. That is to say, debate/reason/logic/etceteric are tools the Pasty Patriarchy employs to dominate and suppress... well, everyone.
"I don't care what reactionary right-wingers say, I'm a victim, and penis or not, my lived experience is that in my heart of hearts I'm a woman, so I should be allowed to compete against biologically female athletes."
[Feel better now?]
In fact, I do.
As to wanting 99% of my ashes used for compost or fertilizer, that's simply my way of saying thanks to the planet I lived on/kept me fed for 101 years. "Thanks for all the food and beautiful flora. Please recycle me to help maintain the system now that I'm gone."
[Okay, but what about the other 1%?]
Well, actually, I'm referring to what would amount to a mere pinch of the former me. I would like said pinch to be added to the contents of a large joint and passed around and smoked by whoever would care to take a hit on me.
Inhaling is strongly encouraged but merely going through the motions by those who can't or won't is acceptable.
[Why on Earth do you...]
Potheads, current and former ones like myself, will understand. Those with addiction issues (be honest, you know who you are...) are encouraged to raise the joint like they're making a toast, say something nice (but mean is okay too, as long as it's funny), and then pass it on.
[But why...]
Because for a minute or two, and although I regret it (Well... mostly. Me, Fred I., Ron P., John H., and especially Alexsandra B., did have a helluva lotta fun), weed was quite important to me at one time.
This is a test of the Emergency Broadcast System. This is only a test.
Ronnie Lee — Six, then Oesch, and finally, Mehlmauer — was a preemie who was given oxygen to help her breathe because of underdeveloped lungs. Too much oxygen is as harmful as not enough for preemies and Ronnie was given too much.
Thus began a lifetime of slowly but steadily ever-worsening health problems. The road to hell can be accidentally paved with good intentions.
In spite of the fact she wasn't supposed to live past the age of __ (the year kept shifting as she kept getting older in spite of the judgments of experts) she lived for 54 years and two days.
In spite of the fact she was told she couldn't have any kids she had one anyway and thus the Stickies came to be.
When she had a near-death experience she was brought up short of where the light seemed to be taking her and a voice told her it wasn't her time. "Go back, love God, and help others." She took her marching orders literally as many can attest.
For obvious reasons, we probably talked about death more than most couples. Because she was who she was Ronbo thought that This Was Only a Test was an appropriate epitaph.
[The title of this column would seem to indicate this was supposed to have been about...]
They don't call me the garrulous geezer for nothin'. Besides, didn't you read my tombstone? I'm not going to die till 2054 so what's the hurry?
Poppa loves you,
Have an OK day

Share this column or give me a thumb (up or in my eye) below. If my work pleases you you can buy me some cheap coffee with PayPal or plastic.