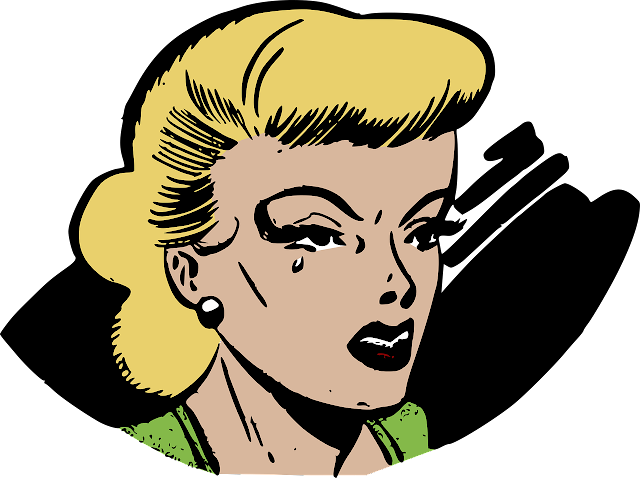 [The following column is rated SSC (Sexy Seasoned Citizens). If read by grups or callowyutes it may result in psychological/emotional/etceteralogical triggering.]

"We know how to take care of one another without whining and accusing and bellyaching." -Mike Gallagher

I don't know what the world will be like by the time you read this, re-read this, or if you will ever read this. This being one of my letters to the eventual yous. That's who I'm writing this for.

See, even if one of you existing Stickies were to suddenly become a devoted reader you would miss much of what I'm at least trying to communicate.

Therefore, I write to/for the eventual yous and my current gentlereaders.

Please don't think I'm disparaging the current yous. You're all still pretty young yet; you range in age from barely teenagers to one barely young adult. And even if you read every single letter every ten years or so you'll be reading different letters each time. Also, you won't really have a clue as to what's really going on here till you're full-fledged grups, which won't happen till you're 25, 30 years old.

This isn't because I'm particularly smart, it's the nature of life on Earth.

The other thing is that if you live your lives as consciously and honestly as I suspect you all will, you will keep evolving into slightly to radically different (hopefully better) versions of yourselves as the decades roll by.

While the elapsed time between noticing that, "Hey, it's only been _______ years since _______ and I'm a different person now" will shorten, they will never end.

Not if you're doing it right.

Beware of becoming a caricature of a younger version of yourself.


And now, on with our show. This week's life lesson: Don't Choose to Be a Victim.

Although there's no shortage of deluded H. sapiens loose in the world who still maintain, in spite of the overwhelming evidence to the contrary, that global whining is a hoax/fraud/scam of some sort, face facts, don't be a denier.

This advice assumes, of course, that by the time you read this it's not too late.

That things are so bad that your psych meds need constant adjustment. That the only sure-fire way to calm yourself down, after a hit on your inhaler to help you catch your breath, is checking your balance to make sure you've received your allowance from the Council of the Cognitive Elite (CCE).

We've got this, just relax. Remember, take your meds.
This comforting reminder is brought to you by your neighborhood CCE.

That once you calm down, check your work assignment to decide if you need to take a mental health day, pour yourself a cup of organic, locally sourced, caffeine-free, vitamin and nutrient supplemented comfort beverage and turn on the main screen,

You're not confronted with the sight of a half a million lean and hungry members of Maximum Leader Xi's Peoples Liberation Army streaming across
our compassionately wide-open northern and southern borders -- and break out in hives from head to toe.

[Respect, no one can digress like you do your garrulousness!]

I'm not digressing, Dana, I'm merely painting a colorful, imaginative literary landscape accurately portraying the dystopian future if we don't do something about global whining, now.

Yes, the research labs of Crank LLC have created elaborate, insanely complicated computer models generated by Algorithmites that were, um, borrowed from the CCE. But all ya need do is look around, see what's right in front of you. The damage is already manifesting here, there, and everyfreakinwhere.

[Could you be a little more vague?]

I could be mind-numbingly specific. That is to say, I could cite endless examples with appropriate links and screenshots from the Twitterverse alone that would make my case.

I could point out that the culture is marinating in Purple Journalism 24x7x365.

[Alright-alright-alright. Point taken. Enlighten me then, Cranky one, is it too late or can Earth be saved from the scourge of global whining?]

Only if everyone does their part to implement Historical Contextualization.

It's really quite simple, but with a big, hairy name it will get much more attention.

My big breakthrough came when I recently discovered that there are "...experts in the burgeoning field of existential risk." (ER?)

That is to say, I read some articles on Medium.com, doom and gloom themed essays, written by the author of "End Times: A Brief Guide to the End of the World," Bryan Walsh.

No, he's not a religious fundamentalist, he's a former editor of the formerly formidable (but now somewhat down on its luck) TIME magazine. He's one of the experts in the "burgeoning field of existential risk"; yes Virginia, it's a thing. Go a-googlin' and you'll find books, experts, think tanks, non-profits, studies, and etceteries.

Historical Contextualization? One day my parents were minding their own and the economy of the United States of America collapsed. While they were dealing with that a global war broke out, the second one in their lifetimes in fact -- a good old fashioned us or them everything is on the line brew haha.

Then everything settled down, well, sorta/kinda. Next, there was a global cold war that featured no shortage of local hot wars that included the death and destruction that traditional war is famous for.

Life on Earth is, was, and ever shall be an unending existential risk, be it personal or societal. Google the word plague.

The only question is how shall we live while waiting for the massive, high-velocity asteroid to hit? On the bright side, this will free us from our robot overlords as we huddle together on small patches of permanently polluted high ground.

The only rational, realistic, life-affirming, we all have to share the playground answer is do what you can to make your life, everyone's life, less shitty and more enjoyable -- today.

Set your knee-jerk tribal loyalties and ideology aside and base your actions on what actually is and what's actually possible.

Give thanks that the world is so prosperous that people can make a good living by being professional whiners.

[Tell 'em about the video.]

Oh yeah, and start every day by watching this video.

Or, If you do your Amazon shopping by clicking on one of Amazon links on my site, Amazon will toss a few cents in my direction every time you buy something.

Or, you can just buy me a coffee.

©2019 Mark Mehlmauer As long as you agree to include the name of my website (The Flyoverland Crank) and the URL (Creative Commons license at the top and bottom of the website) you may republish this anywhere that you please. Light editing that doesn't alter the content is acceptable. You don't have to include any of the folderol before the greeting or after the closing except for the title.

Mark Mehlmauer
Flyoverland, United States
This is the web site of an old fart from Flyoverland (fly-OVER-lund). Me and mine live in a highly fortified lair in the mountains of Ohio. Flyoverland is a ginormous chunk of territory consisting mainly of farms and fracking wells. It's what the cool kids from DC, NYC or Siliconia see if they look out the window. My goals are to entertain, poke the bear, and perhaps find a way to make some money via my feeble scribbles. Thanks, and God bless (help) us, every-one. I can be bought. If you're interested in publishing or syndicating me before I become famous (and the price goes up dramatically) please contact me at: theflyoverlandcrank@gmail.com.